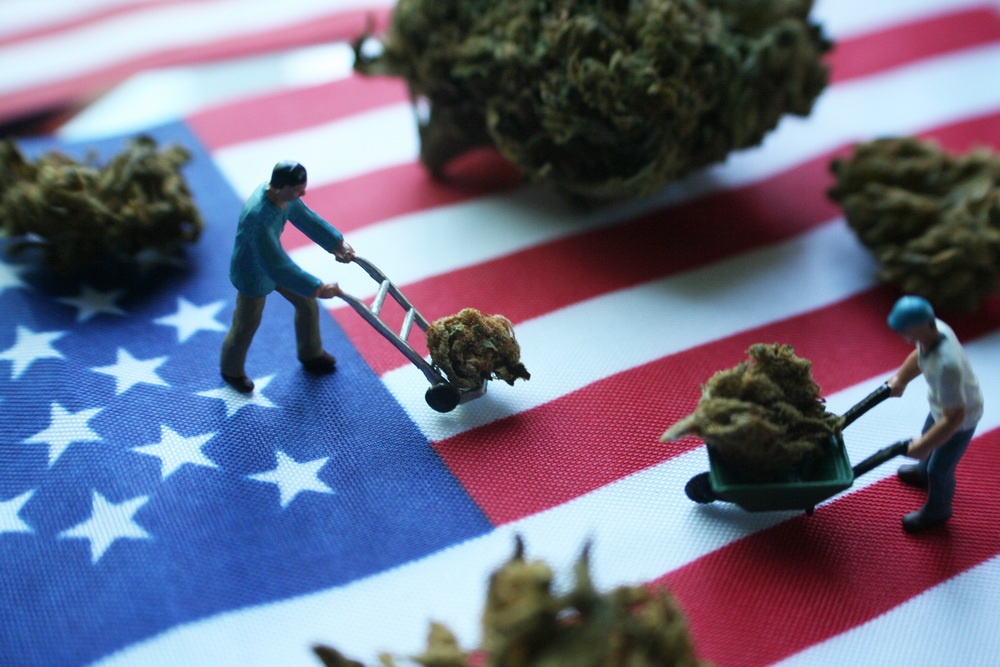 The U.S. House of Representatives passed the bill in early 2021 to decriminalize marijuana. Democrat Senator Chuck Schumer promised in early summer of that year to bring a bill before the Senate. That has yet to happen, and it probably won’t before the end of the year. So interested federal lawmakers are looking at other ways to get what they want, specifically so that marijuana research can move forward.

Marijuana’s status as a Schedule I controlled substance makes it extremely difficult for researchers to study its medical benefits. Researchers can only obtain marijuana from a few growers licensed by Washington to cultivate it for research purposes. Not only that, but researchers also need to follow a strict set of requirements to do what they do.

If a small number of federal lawmakers have their way, the onerous restrictions will be done away with by the end of 2021. And once again, the move to change federal marijuana laws rests with politicians who seem reluctant to commit.

A research bill that failed to get Senate traction in 2020 has been reintroduced again. It would, among other things, allow researchers to purchase marijuana products directly from state-legal dispensaries. In conservative states like Utah, this would mean buying only those products approved for medical use. In neighboring Colorado, researchers could purchase from both medical and recreational dispensaries.

Would Utah allow such purchases? According to Utah Marijuana, no medical cannabis products can be bought in the state by anyone who does not have a valid medical cannabis card. There is no way to know how the law would be applied should researchers come knocking on a dispensary’s doors. In Colorado however, buying would not be an issue.

Action in the House of Representatives

Meanwhile, a pair of U.S. representatives have offered a new bill in the House to do much the same thing the Senate bill looks to accomplish. It would give researchers the option of purchasing marijuana products from dispensaries. It would also allow researchers to modify their research protocols and continue without having to seek federal approval all over again.

This sort of thing is necessary given how limited marijuana research has been to date. Until research becomes more widespread and entrenched, we have to expect on-the-fly changes in research protocols. Even being able to buy marijuana products from dispensaries, researchers would still be limited if they had to seek federal approval every time a research protocol changed.

Pushing the Bills Through

Federal decriminalization was looking pretty favorable in early 2021. Now however, things have changed. It doesn’t look like Senators are in a rush to get a decriminalization bill to the floor. A medical research bill might be another matter. If Senators could be convinced to look at the medical benefits THC potentially offers, they might be willing to agree to legislation that encourages research. They might also agree to reschedule marijuana under Schedule II or III.

Time will tell how the two bills progress. The big thing in the Senate at the time of writing is the infrastructure bill. It is occupying everyone’s time and attention. And as the calendar closes in on Thanksgiving 2021, any hope of getting a marijuana research bill through before the end of the year only gets dimmer.

Changing the law would allow us to treat marijuana, or at least THC, like a medicine. There doesn’t seem to be any valid reason to not do so. At least let researchers investigate it the same way they look into other drugs. Research is the only way to know for sure about its medical potential.

Prev post What are the disadvantages of marijuana even for using it for medicinal purposes?
Next post The medical-grade support

Needle Pro |  Get Most Recent Acupuncture Needles & Save Money!

Know more about the quality medical care in Australia

What are PTSD treatment and its importance?